In Fall 2019, I spent 6 weeks in the central Arctic as part of the ambitious MOSAiC Expedition — also known as the Multidisciplinary Drifting Observatory for the Study of Arctic Climate. 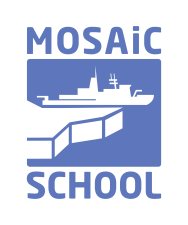 s from 12 countries aboard the icebreaker RV Akademik Fedorov! Our ship supported the RV Polarstern, which will conduct research in the Arctic for an entire year while frozen in drifting sea ice. The goal of this groundbreaking expedition is to investigate atmosphere – sea ice – ocean dynamics to better understand Arctic climate. It is the first year-round expedition to investigate the coupled Arctic climate system.

My role was as an Outreach Ambassador. On this ship, we attended lectures on Arctic climate, biogeochemistry, and education and outreach. We also received media training from the journalists on board.

I’m incredibly grateful for this once in a lifetime opportunity!

FIrst day in the sea ice! (Photo by Anika Happe)

Can you spot the polar bears? (Photo by Thea Schneider) 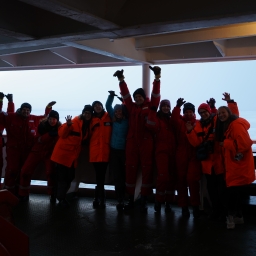 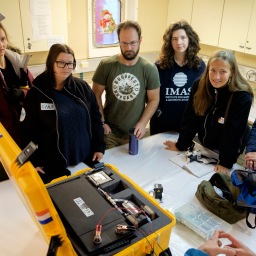 Ian leaves a message in the fresh snow

Ice core team ready for day 1 in the field! 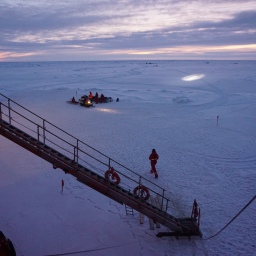 Walking down the gangway to another world!

Work on the ice

Our home away from home

Calibrating the GEM — an instrument used to measure ice thickness 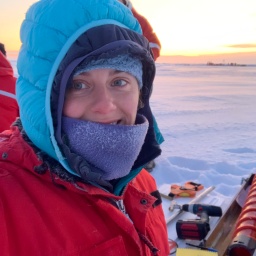 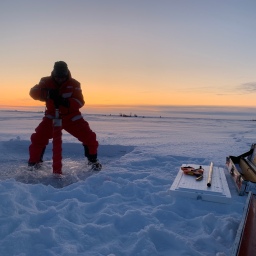 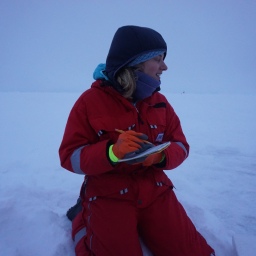 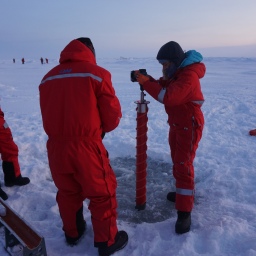 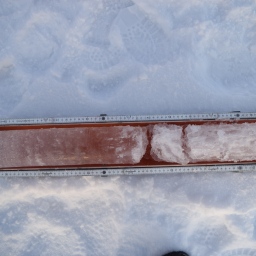 Sea ice core! Note the snow at the top (to the left) and the brittle, heavily channelized ice at the ice-water interface (to the right) (Photo by Jaari Haapala) 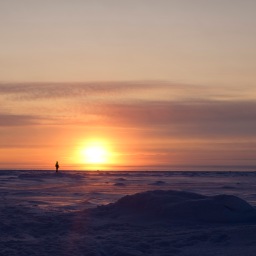 Sectioning an ice core into 10cm increments for further analyses

Helo coming in for landing! (Photo by Pierre Prious) 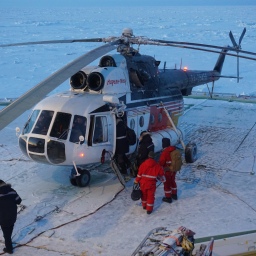 Almost back to Tromsø! (Photo by Pierre Priou)